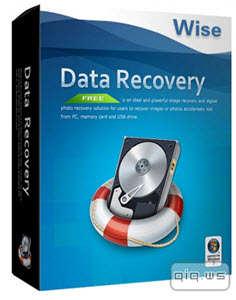 cipher.exe is a command-line utility that can be used to display or alter encryption on folders and files in the NTFS file system. If it is used without any switches, the cipher command will display the encryption state of the current folder and all files within the folder. A number of switches can be used with the cipher command, as summarized in Table 9.7. We'll go through a few of the commands, including the /r to generate a new recovery agent, which is used in a later exercise. The syntax for the cipher command is:

Encrypts specified folders. This will cause files added to the folder to be encrypted as well.

Performs selected operation in the specified folder and all subfolders.

Performs the operation for files and directo-

Forces encryption or decryption of all specified objects. By default, cipher skips files that have been encrypted or decrypted already.

Reports only the most essential information (quiet mode).

Displays files with hidden or system attributes. By default, these files are not encrypted or decrypted.

Creates a new file encryption key for the user running cipher. If this option is used, all other options are disregarded.

Updates the user's file encryption key or recovery agent's key to the current ones in all of the encrypted files on local drives. This option only works with /n.

This option only works with the /u switch. It prevents keys from being updated and this option can be used to find all the encrypted files on local drives.

This variable specifies the pattern, file, or folder in the various switches.

If you use this option, all other options for the cipher command are ignored. This switch generates a new recovery agent certificate and private key and then writes them to a filename specified in the PathNameWithoutExtensions.

If you use this option, all other options for the cipher command are ignored. This switch removes data on unused portions of a volume. The PathName option can be use to indicate any directory on the desired volume.

Displays help at the command prompt.

In this case, the file name is salesdra (Sales Data Recovery Agent), which might be used for all sales users, for example.The file will be written as salesdra.pfx, which contains both the certificate and the private key, and salesdra.cer, which contains only the certificate. An administrator can then add the contents of the .CER file to the EFS recovery policy to create the recovery agent for users. The administrator can also import the .PFX file (both key and certificate) to recover individual files. Figure 9.30 shows the process of creating a recovery agent via the cipher.exe command. Notice that you'll be prompted to create a password for the .PFX file.

/D Decrypts the specified directories. Directories Mill be marked so that files added afterward will not be encrypted.

/E Encrypts the specified directories. Directories will be marked so that files added afterward will be encrypted.

/F Forces the encryption operation on all specified objects, even those which are already encrypted. Already-encrypted objects are skipped by default.

/H Displays files with the hidden or system attributes. These files are omitted by default.

/I Continues performing the specified operation even after errors have occurred. By default, CIPHER stops when an error is encountered.

sncryption key for the user running CIPHER. If isen, all the other options will be ignored, forks with /U. This will prevent keys being ised to f ind all the encrypted f iles on the

Creates this option i This option o updated. This local drives. Reports only the mos Generates an EFS rec them to a .PFX file a .CER file <contain may add the

«ate the recovery agent recover individual files. Performs the specified operation on di directory and all subdirectories. Tries to touch all the encrypted files essential information.

lery agent key and certificate, then wri~ :ontaining certificate and private key) ■ ig only the cert ificate). An adninistrati of the .CER to the EFS recovery policy ti id import the .PFX 1 •ectories in the gii

Once you've created the .PFX and .CER files, you can list the directory contents (dir command) and you should see salesdra.pfx and salesdra.cer in the directory.

Anatomy of an Encrypted File

Figure 9.31 Structure of an Encrypted File

Learn How To Recover Your Hard Drive Data After A Computer Failure.