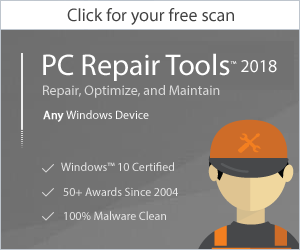 Just as you sometimes must import or export Registry data, you'll sometimes need to work with individual hive files. The most common reason for doing this, as discussed previously, is when you must modify a user's profile to correct an issue that prevents the user from accessing or using a system. Here, you would load the user's Ntuser.dat file into Registry Editor and then make the necessary changes. Another reason for doing this would be to change a particular part of the Registry on a remote system. For example, if you needed to repair an area of the Registry, you could load the related hive file into the Registry of another machine and then repair the problem on the remote machine.

Loading and unloading hives affects only HKEY_LOCAL_MACHINE and HKEY_USERS, and you can perform these actions only when one of these root keys is selected. Rather than replacing the selected root key, the hive you are loading then becomes a subkey of that root key. HKEY_LOCAL_MACHINE and HKEY_USERS are of course used to build all the logical root keys used on a system, so you could in fact work with any area of the Registry.

After you select either HKEY_LOCAL_MACHINE or HKEY_USERS in Registry Editor, you can load a hive for the current machine or another machine by selecting Load Hive on the File menu. Registry Editor then prompts you for the location and name of the previously saved hive file. Select the file, and then click Open. Afterward, enter a name for the key under which the hive will reside while it is loaded into the current system's Registry, and then click OK.

Note You can't work with hive files that are already being used by the operating system or another process. You could, however, make a copy of the hive and then work with it. At the command line, type reg save followed by the abbreviated name of the root key to save and the file name to use for the hive file. For example, you could type reg save hkcu c:\curr-hkcu.hiv to save HKEY_LOCAL_MACHINE to a file called Curr-hkcu.hiv on drive C. Although you can save the logical root keys (HKCC, HKCR, HKCU) in this manner, you can save only subkeys of HKLM and HKU using this technique.

When you are finished working with a hive, you should unload it to clear it out of memory. ^

the Registry, your changes are applied automatically without the need to save them. To unload a hive, select it, and choose Unload Hive on the File menu. When prompted to °